HOW MUCH OF HAMAS' TERRORIST BUDGET IS SUPPLIED BY PALESTINIANS IN MALTA ? 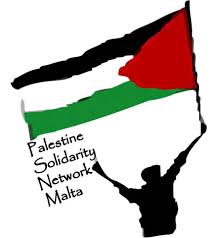 A recent report, made public by Malta's Financial Intelligence Analysis Unit (FAIU), which disclosed that there have been a number of cases where Maltese financial and credit institutions were used to facilitate the funding of terrorist organizations, is disturbing, given the recent movement, by Malta's senior government officials, toward a close relationship with Turkey. We have previously covered, in depth,the widespread use of Malta, by Turkey, to fund the GNA faction in the present civil war in Libya.

The FIAU has noted, in a risk assessment said to use data obtained from its records, that Malta's banks and non-bank financial institutions (NBFI) are considered vulnerable to terrorist financing, based upon the evidence of previous abuse by individuals either linked to terrorist organizations, to radical Islamic movements, or to charities that are suspected as fronts for terrorist financing and funding, according to a report discussed with local media. Hamas, the Palestinian islamic Jihad, and Hezbollah, are all believed to have supporters among Malta's Palestinian expat population but Hamas is in a unique situation that favors it. 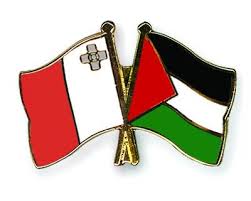 Given that Turkey openly provides a safe refuge for Hamas terrorists seeking to attack Israel, has even given twelve of those terrorists Turkish citizenship and passports, and Hamas is engaged in a constant fundraising program, targeting Palestinians living outside the Territories, it is reasonable to expect that local Palestinians in Malta have been providing financial support to Hamas, through funding, and the provision of goods and services, and sending the cash to Istanbul, where it can be delivered to Hamas' leadership. We wonder how many of those bulk cash seizures at MIA were have reported upon were Euros destined for Hamas.

Palestinian terrorists know that Malta has a long history of sympathy for, and providing official government support to, Palestinian aspirations, including territorial designs upon Israel, and are most certainly engaged in fundraising. Any material and financial support given by expats located in Malta will allow Hamas to conduct violent operations in Israel, and abroad, and in any event qualifies as terrorist financing. 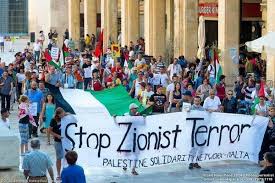 If the police in Malta, as the FIAU information states, know who the terrorist financiers are, why haven't they been arrested yet ? It is because Malta's leaders know that would alienate a sizable portion of the voting population, and perhaps drive them from office. Again, partisan politics trumps justice in Malta.