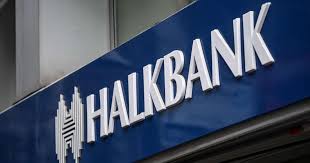 The Second Circuit Court of Appeals has confirmed the conviction of former Halkbank Deputy GM MEHMET HAKAN ATILLA. He was sentenced to 32 months' imprisonment, and was released on July 19, 2018, and later deported to Turkey

.The defendant was convicted in SDNY of:

On appeal, the defendant's issues:
(A) The IEEPA Jury Instruction were in error.
(B) The evidence was insufficient to support the conviction.
(C) His conduct did not reach the statute regarding Defrauding the United States.
(D) The District Court abised its discretion in excluding a jailhouse telephone call.

What this opinion does to the pending case against Atilla's former employer, Halkbank, is not known, but the trial judge in that case can certainly take Judicial Notice of the evidence intoduced at the Atilla trial. This decision is clearly a setback for the bank; whether it continues its hardline appraoch to defending its interests, or seeks damage control by a plea agreement is possible, but given the tactics of the bank to date, we doubt that a peaceful settlement is possible.