MALTA BURIES THE ONLINE EVIDENCE OF ITS SHELL COMPANIES, DENYING IT TO US AND UK INVESTIGATORS

If you are closely watching unfolding developments, you know that Malta Business Registry has deleted online records of hundreds of thousands of shell companies that have been dissolved/liquidated. readers who are familar with the tradecraft of money launderers know that they generally allow shell companies formed on their behalf to lapse for nonpayment and nondisclosure of required information at the earliest possible time, because they "Use them and lose them, " meaning that they use the newly-formed shell companies quickly and effectively for criminal activities, and then swiftly abandon them, deliberately failing to make the first annual filings. I know this because, in an earlier life, I did just that, but I digress.

What makes this action suspicious is that, for US and UK investigators probing Maltese money laundering and terrorist financing (do you remember our article about Palestinian activity in Malta ?) they will no longer be able to remotely troll online for shell company information, including financial records and liquidation accounts, as they have now been arbitrarily, but effectively deleted, or struck off. This is a problem if you are working in Washington or London. You then must travel to Malta, and very publicly visit MBR offices to request registry hard copies for information. If you don't know what you are looking for, you will be unable to conduct the random queries (fishing expeditions) that might just turn up critical evidence of money laundering, or other financial crimes. We are talking about the records of an estimated 30,000 shell companies. It should be viewed as a calculated and deliberate effort to keep evidence from foreign investigators. 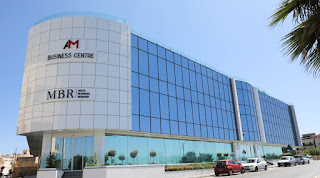 You have to believe that someone highly placed in Maltese government let it be known to MBR leadeship that it would be appreciated if these records were to no longer be available online, for the use and research of foreign financial crime investigators. This is just one more brick being laid in the cornerstone of a building being erected to deny outside investigations sufficient information to bring white-collar crime charges against Malta's money launderers, some of whom just happen to be PEPs, and their clients.