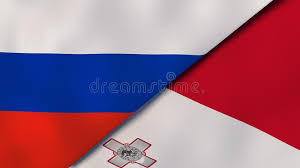 On January 31, 2021, visa-free access to the United Kingdom by EU passport holders expires. I you are a Russian Oligarch, and you have been using that Maltese CBI (Individual Investors Program) passport to go to London, your door to the UK will abruptly close, forcing you to apply for a visa, which you cannot qualify for, due to your "colorful" (meaning criminal) background and sordid current associations.

The question of the day: how will the inability of wealthy Russian nationals & Oligarchs to enter the UK visa-free, by acquiring a Maltese CBO passport, affect sales of Malta's IIP passports ? Obviously, the Russians will be going elsewhere, such as Cyprus, but Malta's Western location makes it a target. They may also choose one of the five East Caribbean States that offer CBI passports and citizenship.

Will the bottom fall out of Malta's IIP program ? Without Russian nationals, which are the majority of the individuals applying, there may be a steep drop in sales. The new actual residency requirement will also cause many typical applicants to look elsewhere.

To a lesser degree, wealthy Chinese businessmen and PEPs, who have also been relying upon that Malta CBI Passport to enter the United Kingdom, they will also now be looking elsewhere, due to Brexit. If I was an Iranian looking to move sanctions evasion funds, I might want that Maltese passport to entré into the City, but now I will be unable to come into London without a visa.

I wonder if the individuals who run Malta's IIP saw this coming ?
Posted by Kenneth Rijock at Monday, August 03, 2020