MALTA THROWS A BONE TO MONEYVAL; WILL IT TAKE THE BAIT ? 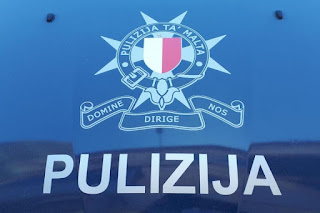 As the October date in which MONEYVAL will most likely add Malta to the regulatory agency's "Greylist," fast approaches, you can expect some fast moves from Malta's law enforcement agencies, including attempts to showcase what will be billed as high-profile arrests for money laundering and countering the financing of terrorism, before the elections.

We saw such an act this week; the Malta Police Force arrested a man, TERENCE CLINI, who has  prior convictions, including narcotics trafficking, and his girlfriend, AMANDA FARRUGIA after a mysterious "anonymous tipster" advised that she had a bank balance of €1m. Her boyfriend, who has a criminal record, joins her in custody as both have been accused of money laundering.

It seems strange that such an obvious career criminal is being arrested at this time, based upon a purportedly anonymous tip, on money laundering charges, just when Malta is desperately seeking to prove that it strictly enforces its money laundering laws. It is as if the government has tossed out a sacrificial lamb, one of the country's known drug dealers, in an effort to appear tough on financial crime.Will MONEYVAL be convinced ? We doubt it.