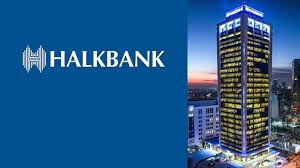 Details have emerged regarding the methods that Turkish government-owned Halkbank used to assist Iran in the illegal sale of billions of dollars of oil, as the District Court entered an order last month unsealing the court file in the suit against the bank, and making it available for review by the public. The order appears below.

To summarize the 77-page Complaint:

(1) The case is a civil suit, filed by 876 individuals, who are either direct victims of Middle East terrorism, or their surviving relatives and family members. The terrorist acts, which took place in Africa,  Lebanon, Israel and Iraq, were carried out with the material support and funding of Iran, the world's primary State Sponsor of Terrorism.

(2) The victims have acquired final judgments against the Islamic Republic of Iran in excess of ten billion dollars. These judgments were secured over the years by plaintiffs, in a number of civil suits brought in the United States. They have all been duly registered with the US District Court for the Southern District of New York (SDNY).

(3) To avoid paying the judgments, Iran has disguised its involvement in United States financial markets through complex arrangements with Halkbank, which has a number of Iranian customers and clients, fronting for the Government of Iran. Iran has been able to circumvent the US sanctions regime through Halkbank's actions, which are a fraud upon creditors, and the United States financial structure.

(4) Iran, with Halkbank's assistance fraudulently conveyed its assets to third parties, for its ultimate benefit. Halkbank benefitted financially from the covert arrangement allegedly receiving over $100m.

(5) The money fraudulently transferred by Halkbank was otherwise due to the plaintiffs. Iran and Halkbank used the Gold Export Scheme and the Fake Food Scheme to achieve the transfers.

The Claims for Relief against Halkbank,  some of which rely upon New York State creditor laws:

(A) Rescission and Turnover of Fraudulent Conveyances.
(B) Turnover. of sufficient funds to pay the judgments, from Iranian funds held by Halkbank.
(C  Turnover pursuant to the Terrorism Risk Insurance Act.
(D) Enjoin Halkbank from transferring any assets of Iran.
(E)  Punitive damages and attorneys fees and costs. 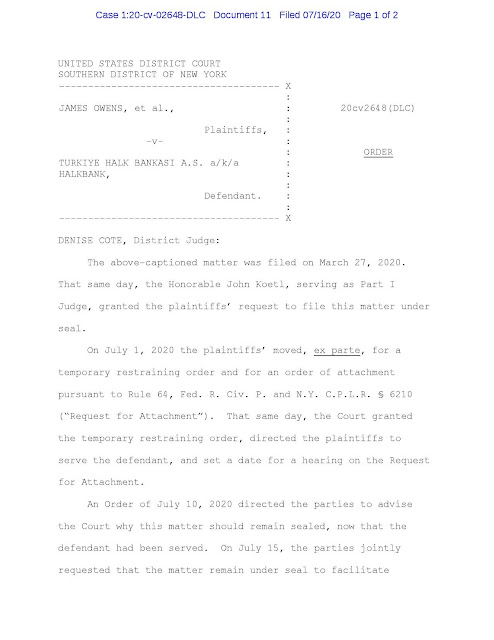 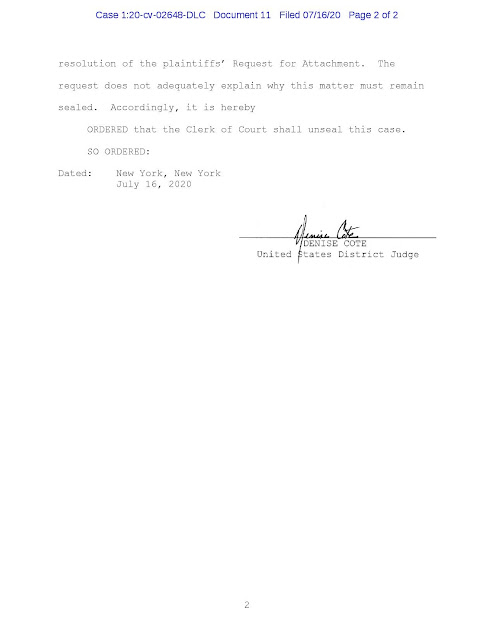