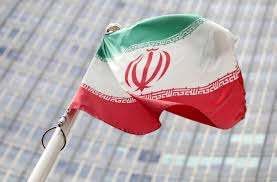 The trial judge in the Ali Sadr Hasheminajad case has entered an order noting that the Government's application for a nolle prosequi as to co-defendant BAHRAM KARIMI remains pending. The Court has required the US Attorney to take the following actions:

(1) Inform the Court whether it seeks dismissal of the indictment against Karimi, pursuant to Rule 48, as it did with Sadr.

(2) Indicate whether the dismissal is with, or without, prejudice, and to provide justification or authority for its request.

(3) Submit a proposed order for the Court's review.

Karimi, who was charged in January with Bank Fraud, Conspiracy to commit Bank Fraud, and Lying to Federal Investigators, resides in Canada, and has apparently never been taken into custody, though he has been interviewed there. If the Acting US Attorney adopts the same position as her office did with Sadr, that its Brady violations were so egregious that Karimi's case should be dismissed, to satisfy the ends of justice, then do we know that her office is taking such a radical action due to what amounts to prosecutorial misconduct ?

On the other hand, if Sadr's dismissal was due to what amounted to a reward for his rendering of extraordinary Substantial Assistance, Karimi may not get get to walk away from his charges. We shall see how this all plays out. Meanwhile, the people of Malta are seeing that justice was not served regarding Ali Sadr, who laundered millions through his Malta-based Pilatus Bank, and will be watching to see if Karimi also gets a pass for his crimes.