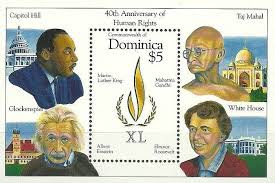 A leading member of Dominica's Opposition was abruptly pulled out his automobile this week by police, and taken into custody, in an incident which demonstrates that the Rule of Law is fast becoming only a memory in that country. The individual arrested was then taken to the driveway leading to Roosevelt Skerrit's $64,000 a month mansion, only to be kept there for no reason, and later delivered to police headquarters, where lawyers obtained his release.

At no time were any criminal charges announced, nor the reason for his arrest; when he was released, no information or statement was given or conveyed to him. The arrest appears to have been solely for the purposes of harassment, as he was taken from a vehicle which contained Opposition Leader Lennox Linton. In recent years, the party in power has used the police for purely political purposes, and their constant harassment of the people of Dominica, while dressed in camouflage, and carrying assault rifles, intimidates and endangers them. Human rights and civil rights are being infringed on a daily basis, as the country moves further towards autocracy, and away from its democratic origins.
Posted by Kenneth Rijock at Tuesday, August 18, 2020