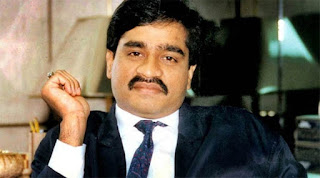 He's simply the most wanted fugitive in India, with a twenty five million dollar ($25m) price on his head, a designated terrorist and terrorist financier, mobster and drug trafficker, and he, yes he, DAWOOD IBRAHIM KASKAR, a career criminal almost from birth, has a Dominica Citizenship by Investment (CBI/CIP) passport. Of course, he's currently in hiding in Pakistan, according to media sources in South Asia, but should he make it to the Commonwealth of Dominica, he could certainly claim he was a victim of a political vendetta, and fight extradition, like MEHUL CHOKSI in nearby Antigua & Barbuda, for years and years. Ibrahim is classified as a terrorist by the United States, but he might cheat justice indefinitely, due to that valuable CBI passport. Who issued it to him ?

This is an open question to Mr. Anthony Astaphan, who professes to know all about the "great due diligence" performed upon CBI applicants in Dominica:  How on earth did this career criminal ever qualify for a CBI passport ? There's no way any compliance officer would have given him even a second look, UNLESS he or she was bribed, or some other illegal consideration was passed out to allow such a passport to be issued and validated. Thus man is a wanted terrorist; has Dominica simply lost its mind due to greed and avarice ?

After this, we believe that all holders of Dominica CBI passports must be reexamined, and enhanced due diligence performed upon each and every one of them, with revocation of all whose criminal records, or pending investigations, or ongoing fraud cases, disqualify them.