FAY SERVICING LLC, the Chicago-based debt servicing and mortgage lender, has accumulated so many valid consumer complaints that it is a wonder Federal regulators have not simply shut it down as a clear and present danger to consumers. The company, which was assigned a large number of mortgage accounts from troubled Wells Fargo Mortgage, has been described  as a foreclosure boiler room operation, and a dishonest third party third party debt collector. The owner of Fay Servicing is ANDY LAING, 440 South La Salle St., Chicago, Illinois 60605. Another senior officer is President KIMBERLY BIGHAM, 8001 Woodland Center Blvd., Suite 100, Tampa, Florida 33614.

All the negative postings on the Internet about this company appear to be true and factual. Fay Servicing runs like a racketeer-influenced corrupt operation; Its staff lie to borrowers, frequently deceive them, fabricate bogus loan documents, and pad up mortgage accounts with all sorts of excessive and fraudulent fees and file illegal foreclosures.
See https://www.revdex.com/reviews/fay-servicing-llc/5594022/page/4 . The crooks who run this boiler-room operation have zero consciences; they do not care who they make homeless by their illegal foreclosures.

The Consumer Financial Protection Bureau (CFPB) took action in 2017 against mortgage servicer Fay Servicing for its failure to provide mortgage borrowers with the protections against foreclosure that are required by state and Federal law. The CFPB found that Fay violated its servicing rules by keeping borrowers totally in the dark about vital information concerning the process of filing an application for mortgage relief. The Bureau found specific instances where Fay illegally launched, or moved forward with, the foreclosure process, at the same time that borrowers were actively seeking help to avoid foreclosure on their homes. The CFPB ordered Fay to cease its illegal practices and procedures, and to pay a fine of $1.15m to borrowers that had suffered harm due to its actions. See https://www.consumerfinance.gov/policy-compliance/enforcement/actions/fay-servicing-llc/  .

Fay Servicing continues to carry out what has been described as a Reign of Terror against medically vulnerable senior citizens during the COVID-19 Pandemic, using law firms that act zealously,  and consistently foreclose upon the homes of the COVID ill and elderly, all the while that Fay is reassuring or deceiving them regarding the status of their mortgage. 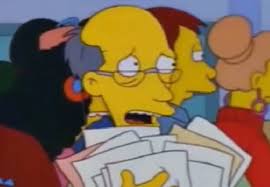 Presently, there are at least nine state Attorneys General with open investigations against Fay Servicing, for violations of state laws regarding questionable foreclosures upon the homes of borrowers who are ill. The Better Business Bureau reports that it has received 130 consumer complaints in the last three years, of which only 57 were closed. One reporting source stated that only one per cent (1%) of valid consumer complaints for losses or improper fees or charges resulted in monetary compensation.

Why this company has not already been the subject of a takeover by a government-appointed trustee, operating under court supervision, to protect the public, remains a mystery. It should have been closed down long ago.