IS DOMINICA'S GEOTHERMAL PLANT PROJECT A VEHICLE FOR MONEY LAUNDERING AND CORRUPTION ? 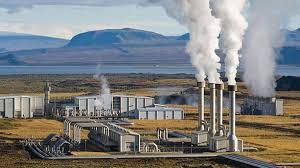 The utter inability of Dominica to build a functional Geothermal Plant, designed to produce and export electricity, making the Commonwealth the world's first completely climate-resilient country, has caused questions to be raised about the rumored $50m already spent during the last decade, especially since qualified experts who have been on the ground in Dominica have stated uses improper procedures that are guaranteed to fail.

Did all the fifty million (a huge sum) expended on the project, which we now know came from CBI revenues, actually end up in the hands of the purported recipients, or were there kickbacks paid to the government officials who awarded the initial exploratory and develpment contracts ? We cannot believe that, in a country riddled with corruption at every level, up to the top, there were no kickbacks and illegal payments. Where's the transparency on those expenditures ?

Dominica's Prime Minister, Roosevelt Skerrit, is reportedly unhappy that the grants promised by the World Bank and the EU are insufficient to cover the quoted costs. Is that because kickbacks have already been built into these job quotes ? Additionally, why not use more CBI funds to pay for the project, Mr. Prime Minister ? In a country where over a billion dollars in CBI revenues is missing and unaccounted for, this is a relevant question. 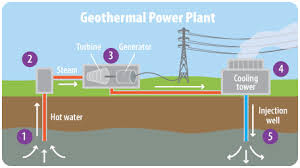 Finally, experts in the environmental field have noted that the proposed re-injection system cannot work, because the hard water will totally calcify the heat exchangers in a very short period of time. The only thing that will be effective must be a sealed recirculating system. The entire geothermal project, which has been advertised by the Skerrit to be a creator of badly needed jobs for Dominicans, appears doomed to fail, again and again. The Sustainable and Resilient Energy Plan that received so much publicity is yet another pipedream of corrupt politicians who have their hands out for another illegal payday.
Posted by Kenneth Rijock at Wednesday, August 12, 2020