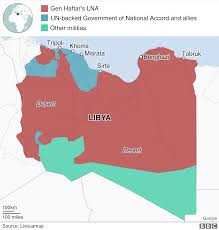 Although the Government of Malta is mired in multiple corruption scandals, and openly dreading the imminent imposition of sanctions by MONEYVAL, apparently it still has found time to act as a covert intermediary between Iran & Turkey, who are actively seeking to increase their influence over North Africa, and the Government of National Accord (GNA), one of Libya's two warring factions. Turkey has been openly supporting the GNA, both financially and diplomatically, by sending troops to Libya, and by obtaining maritime rights from Libya by agreement (which appear to be invalid under international law). Turkey has emerged as one of the GNAs primary backers in the Libyan Civil War.

Behind the scenes, however, the situation is even more disturbing. Turkey is said to be fronting for Iran, which is the real interested party in obtaining influence over Libya. One of Malta's primary local banks is reportedly funneling money to the GNA, with Maltese government assistance. it is believed that cash from that bank is being smuggled, via diplomatic baggage, which cannot be opened in transit, out of Malta and into Libya, on board any one of the many flights bringing GNA diplomats to Valletta. 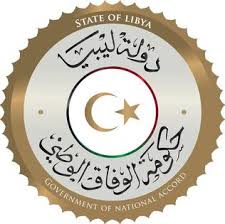 The threat to Malta, due to this facilitation, and actions as an intermediary between the Turks & Iranians, and the Government of National Accord, is that the United States Office of Foreign Assets Control, more commonly known as OFAC, could and should sanction the Maltese bank, for Iran sanctions violations, which would severely disrupt legitimate trade between the US and Malta, as that bank could no longer, even indirectly, access the American financial structure, including the purchase of US Dollar currency from American financial institution. While we know that the government of Malta most likely never considered this as the consequence of its facilitation in financing the GNAs war, such an OFAC action could cripple the Maltese economy in ways not anticipated by the country's foreign minister, who has been actively involved in this cover intrigue. Perhaps some of  Malta's banks should advise him of the clear and present danger to Malta that he is creating by his actions.

Does Malta really need yet another national crisis ? We doubt it, but the government seems hell bent on having a role in the Libyan Civil War, which could deal a powerful blow to the local financial sector, when one of its principal banks is sanctioned by OFAC.
Posted by Kenneth Rijock at Sunday, August 16, 2020