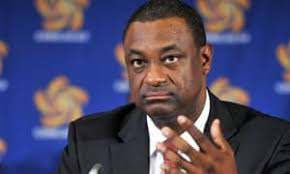 JEFFREY WEBB, the Caymanian soccer executive,Vice President of FIFA, who pled guilty in 2015 to Money Laundering Conspiracy, Racketeering and Wire Fraud, in the massive FIFA corruption scandal, has had his sentencing rescheduled for a record eleventh time. A note on the docket indicated that the authority for what was referred to as the adjournment of the sentencing was a letter to the Court regarding the defendant's continuing cooperation with law enforcement.

The defendant has been under house arrest (Home Confinement) for five years. His new sentencing date is now set for March 22, 2021. Sone observers has questioned the wisdom of allowing Webb to avoid incarceration, in what appear to be luxurious surroundings in the United States, with his family, while many of his convicted FIFA co-defendants have been serving time for their crimes. They argue that his counsel could request the US Attorney to file a Rule 35(b) motion to reduce his sentence, which is generally how defendants cut their prison sentences.

Here though, Webb has enjoyed his freedom for five years after pleading guilty, and we have just not seen the level of cooperation thus far to justify such a favorable arrangement. Where are the major defendants who were charged due solely to Webb's Substantial Assistance ? let us not forget that Webb has evaded arrest and conviction in his native Cayman Islands, in yet another criminal case, in which his co-defendant drew seven years, due to these delays in his US case. Clearly, justice has not been served.
Posted by Kenneth Rijock at Thursday, August 27, 2020