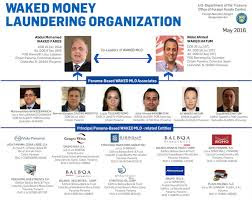 Six months after Oral Argument was heard, the Eleventh Circuit Court of Appeals reversed the District Court, and held that if a defendant is convicted of money laundering that caused no harm to an innocently involved bank, an Order of Forfeiture is still mandatory. The Court, in a 34-page decision, found that although Nidal Waked Hatum, a convicted money launderer who was sentenced to 27 months of imprisonment, had defrauded a bank which had suffered no financial loss, Forfeiture still was required. The Waked Money Laundering Organization is known to be one of the largest of its kind in Panama, if not in Central America.

The Court cited a prior 11th Circuit decision that held "a person convicted of Federal Money Laundering must forfeit to the government all property that is either involved in that violation or traceable thereto," citing the statute.

The issues were resolved thus:
(1) It said that District Courts have an obligation to order Forfeiture for defendants convicted of money laundering.
(2) Forfeiture money judgments are supported by precedent, through not specifically authorized by statute, or the US Supreme Court.
(3) Substitute asset forfeiture is proper.
(4) Waked was not merely an intermediary, but within the class of persons whom the money laundering statutes were meant to cover. His prominent role necessitates that an Order of Forfeiture be entered against him.
(5) The maximum fine for this money laundering offense is twice the amount involved in the money laundering scheme. Therefore, a twenty million dollar fine is presumptively Constitutional.It is not excessive.

The Court Reversed the trial court ruling, and Remanded the case for findings of fact for the assessment of the judgment. Readers who wish to review the decision may access the complete text  on the 11th Circuit website here.
Posted by Kenneth Rijock at Monday, August 17, 2020