We are seeing that the European Union is close to entering into an international agreement which will provide that Russian nationals with biometric Service Passports* will be allowed visa-free travel in the EU's Schengen Zone. What are they thinking ?  Allowing officials from the arguably most corrupt country in Europe to enter the West, without checks is dangerous.

Russian PEPs, if this is approved and implemented by the EU, would be able to enter Europe without any other than minimal scrutiny. Should they be corrupt governmental officials, cash couriers, negotiable instrument smugglers, or any number of the usual suspects or financial criminals, they would have easy entry. This short-sighted plan could result in a major increase in money laundering, at EU financial centres, by Russian Organised Crime, and by Russian intelligence services.

Perhaps EU officials may wish to reconsider their folly. 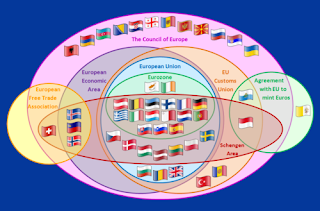