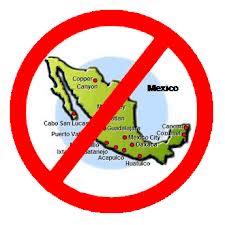 Perhaps you were following the case, this week, of an American woman from Arizona, who was charged with drug possession in Mexico, when she was on her way home from a family event. A dozen pounds of Marijuana were secreted under her seat on a northbound bus, about which she claimed no knowledge or involvement. It quickly became a high-profile case, as the defendant was a mother, with no criminal record, from a religious background.

A video of her boarding the bus later proved that she had not carried the contraband on the bus, and a judge in Mexico dismissed the charges, and freed her, based upon that evidence, upon the artful motion of her Mexican attorney. Justice was served, but that's not the issue.

The criminal defence attorney noted that the prosecutor was appealing the ruling, which I personally find appalling, but the most telling fact was that the lawyer stated that they always appeal adverse rulings, irrespective of the guilt or innocence of the individual. This means that, should your client be doing business in Mexico, his staff could be exposed to criminal charges, with no factual basis, and be railroaded to prison by prosecutors more concerned with statistics than the ends of justice. Your own people, should they be on temporary assignment in Mexico, are also similarly exposed; This is not good.

This is just one more reason why I keep Country Risk for Mexico at elevated levels.
Posted by Kenneth Rijock at Saturday, June 01, 2013