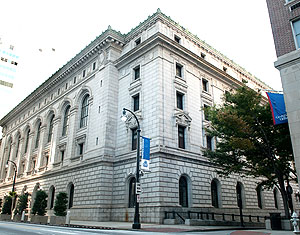 The Eleventh Circuit Court of Appeals has ruled that bank accounts of the law firm of convicted Ponzi schemer Scott Rothstein are not subject to forfeiture, as criminal profits. Rothstein pled guilty to RICO charges, in his billion dollar Ponzi scheme,  which sold investments in phantom court settlements, and his law firm subsequently was placed into a Chapter 11 bankruptcy proceeding.

As a part of his guilty plea, Rothstein surrendered all his right, title and interest to the proceeds of his criminal acts, some of which had been deposited into his law firm's bank accounts. The District Court ruled that the United States could seize those funds, and the Trustee in Bankruptcy, prominent Miami attorney Herbert Stettin, appealed.

The Eleventh Circuit held that, since the proceeds of the Ponzi scheme were intermingled, in the law firm's account, with legitimate revenue from the attorneys' professional services, it was not subject to  Federal forfeiture. Apparently, the firm's lawyers had earned $12m in 2009.

The lower court ruling was vacated.