THE LONG REACH OF CLAWBACK SUITS FROM PONZI SCHEMEs

How can a tax attorney who performed professional services for an investment fund be forced by a court to return her fees ? When the fund invested in something that turned out to be a Ponzi scheme, and a court-appointed trustee, accumulating assets to pay victims goes after the fund, in a clawback suit, and the fund goes after its tax attorney for her fees, since they came from profits paid by the Ponzi scheme to the fund. This is the case in a suit filed by a fund that accepted profits from Scott Rothstein's billion dollar scheme, that involved investing in the proceeds of lawsuit settlements that were later found to be nonexistent, and created by Rothstein to defraud.

Far fetched, you think ? Here's the problem; any individual or entity who earned money, due to "profits"received, directly or indirectly, from a Ponzi scheme, can be compelled by a civil court of competent jurisdiction, to return funds received. Unjust, you say ? I agree, because it imposes a duty upon recipients, who have fairly provided goods or services, to disgorge that money, when the money comes from a Ponzi scheme. How did the tax attorney know that the money she was paid came from Ponzi profits ? She was the tax adviser, and knew about the stream of income. 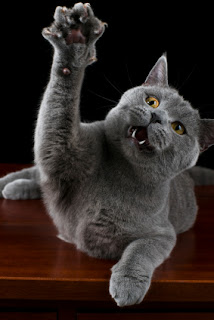 Whilst I do not agree that a professional, or a bank should be compelled to return fees paid for with Ponzi scheme proceeds, some of the recipients on Ponzi money are guilty of willful blindness. Always check out your client thoroughly, and update your due diligence periodically, lest you get burned,