US SANCTIONS HEZBOLLAH AGENTS IN AFRICA, BUT IGNORES THOSE IN LATIN AMERICA THAT POSE A GREATER THREAT 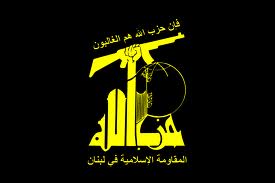 This week's designation, of a number of Hezbollah agents working in West Africa, who are engaged in fundraising and recruiting, is a step in the right direction, but still leaves me asking: why aren't the cadre of Hezbollah agents in Latin America also named and designated ?

Known as Hezbollah Latin America, as well as Hezbollah Venezuela, these terrorists traffic in narcotics, and other criminal pursuits, sending their illicit profits back to Beirut through cooperative financial institutions in the Republic of Panama. They are based in Venezuela, and operate openly, with the blessing of the regime in power there, whose leadership is believed to share in a portion of the the criminal profits, for assisting in the regular air transport of bulk cash into Panama, and allowing the trafficking to flourish.

Here's the problem for financial institutions in the Western Hemisphere. The 92 Hezbollah agents in place in Latin America have all received valid Venezuelan passports, with new Spanish-sounding names created for them, thereby concealing their true Lebanese identities. I have seen some of those, and they are bona fide documents. These individuals now have clean identities, which allow them to open accounts, transact business, and assist in the material support of a specially designated global terrorist organisation. There are also approximately fifty other individuals who support their operation, cash cash couriers, front business operators, suppliers, and others activities; They also must be identified.

It is plain that law enforcement agencies of the United States have this information, but, with the exception of the leader of the group, none of these individuals has been designated by OFAC. The question is why not ? Neither Panamanian banks, nor for that matter American financial institutions, know who the Hezbollah agents are, and risk unwittingly providing material support to a designated terrorist group.

If the US has classified this information, it needs to declassify it now, and warn the private financial sector about these agents, or the funding stream to Hezbollah will continue, uninterrupted. There is no purpose to be served by hiding the identities of Hezbollah agents from the financial community.