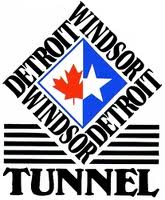 A female dual Lebanese-Canadian national was arrested, by US Customs & Border Protection, at the Detroit-Windsor Tunnel, when she attempted to bulk cash smuggle more than C$72,000 into the United States, without declaring it. Moura El-Asmar* was hiding the money, as was her daughter traveling with her, along with two unrelated male friends, sewn into both females' brassieres.

El-Asmar, who claimed that the money was her savings from her newspaper delivery job, and that she was taking it to Lebanon, to give to another daughter, had a criminal record in the United States, which makes her ineligible for entry, according to an affidavit filed by the arresting officer. Was this story a fabrication ? Was she a cash courier ?

Whilst no indictment had been filed at press time, charges of Bulk Cash Smuggling and Failure to Declare are pending. Did the cash come from drug profits, and was it being brought to a designated terrorist group in the Middle East ? We cannot say. One of the males in the car, coming from Canada, was Hispanic; What was his role ? When further information is released, we will follow up on this story. 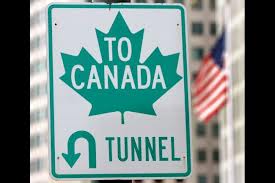