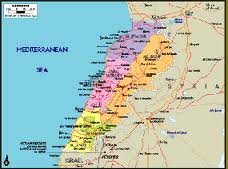 The Syrian helicopter and rocket attack on the Lebanese town of Hermel, when coupled with the deaths of three Lebanese soldiers serving on the frontier east of that village, means that, slowly but surely, the Syrian civil war is coming to Lebanon, which would raise Country Risk to unacceptable levels.

Add to this the statement, by the United Nations High Commissioner for Refugees (UNHCR) that refugee camps for displaced Syrian civilians will be set up in Lebanon, and there exists a clear and present danger that the Syrian conflict will spill over into Lebanese territory. The caps could become bases from which the Syrian Opposition could recruit fighters, and even launch raids into Syria, which would invite cross-border retaliation.

Hezbollah has strongly opposed the establishment of these camps, which will place Sunni Syrians in the midst of the regions of Lebanon populated by Shiites, North Lebanon and the Bekaa Valley. The UN would have to provide security for the refugees, meaning that foreign troops could be based in those camps.

The possibility of widespread destabilisation in Lebanon, due to the risk factors increased as the result of the ongoing Syrian civil war, cannot be underestimated. It is strongly suggested that you reduce whatever financial risk you, or your bank clients, have in Lebanon, sooner rather than later, and that you bar any new exposure or investment, so long as the Syrian conflict continues.