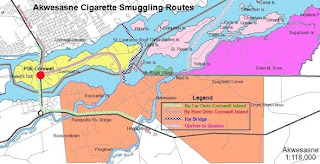 I have previously covered the dilemma experienced by Canadian marijuana exporters who sell their products in the United States; they have trouble converting the US Dollars they receive, for their B.C. bud*, into Canadian. A case reported in New York this week exposed one solution that appears to have been successful: some traffickers do not seek to change its US currency, they simply use it to purchase something of value to the organisation in Canada.

The drug trafficking group smuggled the marijuana into the United States, concealed in compartments in trucks and vans, through the Aweksasne Mohawk Reservation, a favourite smuggling route, which sits on both sides of the US frontier. The group then smuggled the cash it earned, from the pot sales, to Arizona and California, where it purchased cocaine from the Sinaloa Cartel, to sell in Canada, thereby avoiding the need to covert currency to Canadian. A simple solution to a complex problem. 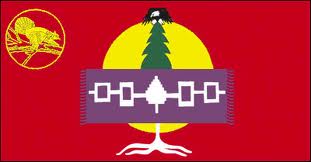 Most drug trafficking organisations, however, are not so lucky. They must, from time to time, convert the class of currency they are paid. That is the one time when they are most vulnerable, and the one time when you can identify them most easily; watch for those large currency conversion requests.