RAISE COUNTRY RISK ON EGYPT DUE TO NGO CASE 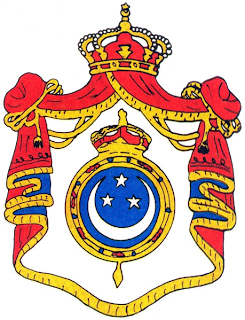 The sentences meted out this week in Cairo, to 43 foreign NGO leadership and staff, including 16 Americans, for encouraging the development of democracy in totalitarian Egypt, is a blunt warning to foreign nationals, and a strong indicator that you should be making a decision to raise Country Risk on that nation. Charged with illegally using foreign funds to cause domestic instability, the defendants received prison sentences ranging between one and five years, and were all fined one thousand Egyptian Pounds.

The goal of the Arab Spring was to spread freedom in the region, but it appears to have failed to bring about needed democratic reforms, trading one type of dictatorship for another. Considering that one of the defendants was the son of the American Secretary of Transportation, you may assume that any legal problems you may have in Egypt will not end well, and whenever the safety of staff, the security of your overseas offices, and your business itself, are all threatened, you should wisely think log and hard before exposing your client, your bank, or yourself to the Egyptian band of justice, as handed down by the Morsi government. Kindly raise Country Risk for Egypt at this time, to a high level, and discourage your bank from any financial investment, or exposure, until the rule of law returns to Egypt.
Posted by Kenneth Rijock at Tuesday, June 04, 2013