When four Hezbollah Venezuela agents were detained at the US-Mexican border, the fact that they were Lebanese nationals carrying valid Venezuelan passports was never released to the press*, with the result that compliance officers at American financial institutions were not made aware of this threat, and took no additional measures to ensure that the Venezuelan nationals seeking to open new accounts were not members of a designated terrorist group. This is but one illustration of the many instances where, for the sake of excessive secrecy, information critical to anti-money laundering and countering the financing of terrorism, is inappropriately classified, and denied to banking compliance. This information generally poses no threat to national security.

Here are a few more examples I am aware of:

(1) When a former associate of the Western Hemisphere's most powerful money launderer gave an American military intelligence agency his list of the fifty five Venezuelan money launderers who were operating in the Republic of Panama, that information was retained, classified, and has never been released to the banking community. I fully understand the policy; that to disclose the information "will compromise sources and methods" of collection of intelligence, but since the source has received political asylum in the United States, his cooperation was obvious, and well known. Why deny the banks this information ? I recognized many of the names on that list, and it is painfully accurate.

(2) The names of FARC agents and money launderers have been known for years, ever since the Colombian Army captured several computers in its cross-border raid of a FARC camp in Ecuador, but neither the United States, nor Colombia, has never named them, even those operating outside Colombia. This does not help bankers identify terrorist financiers, and assist law enforcement in following the money. 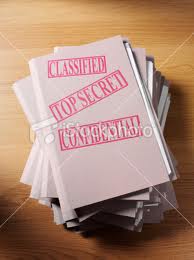 (3) Individuals involved in the Syrian organized crime connection operating in Panama, which launders massive drug profits, and the proceeds of corrupt activities from all over Latin America, are known to both law enforcement and intelligence service, but never made public. The results are that rampant money laundering continues unabated and undiscovered by the very banks that are unwittingly moving the dirty money.

Excessive secrecy prevents compliance officers from doing their jobs properly. It makes it more difficult for them to anticipate emerging threats, to understand trends, and to stop financial crime. It is time that such information is made available to the banks, who are now on the frontline in the fight against money laundering and terrorist financing; they cannot accomplish this when critical information is kept from the, for no logical reason. 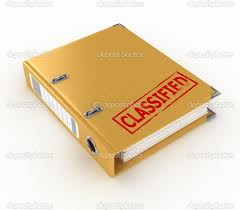