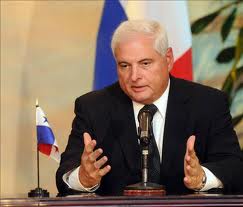 In an unguarded moment, or perhaps one of absolute candor, Panamanian President Ricardo Martinelli, when asked by an interviewer recently whether he feared foreign interferences in his domestic affairs, due to his increasingly heavy-handed method of governing the Republic. He replied that, with the 30,000 militiamen*, all bearing state-of-the-art arms, purchased from Eastern Bloc countries, there would be no intervention, or threats of the same, from other nations.

He may have underestimated the world's democracies; the European Union (EU) has strongly protested the latest Martinelli power move, having his controlled legislature pass a new law requiring that all future Panamanian corporations be 75% owned by Panamanian nationals. Given Panama's Bearer Shares law, a subsequent transfer of a Panamanian national's share to an unknown, and unapproved third party, would be simple, and would expose the foreign investor to a drug trafficking, or terrorist financier, bedfellow. No wonder foreign investors are upset.

The United States has reportedly several criminal investigations pending, and the targets are believed to include several sitting ministers. Whether the president himself is included is not known, though there are continued media references linking him to convicted Colombia Ponzi schemer, David Eduardo Helmut Murcia Guzmán, who placed at least two billion dollars into Panamanian assets before his arrest and extradition, most of which has not yet been recovered.

Let me leave you with this final note: President Martinelli has let it be known whom his hero is: Benito Mussolini; As a matter of fact, Martinelli personally prefers to be known by that Italian dictator's nickname; Il Duce**. I rest my case. 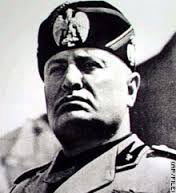