US PRESSES FOR INFORMATION ON LIECHTENSTEIN FOUNDATIONS

Reportedly using information obtained through earlier investigations involving Swiss bank accounts held by US citizens, American law enforcement is seeking details of Liechtenstein foundations, controlled by US taxpayers, which held accounts that each contain more than $1m in assets not reported to Uncle Sam. Foundations are frequently used to own corporations, formed in other tax haven jurisdictions, as they have no beneficial owners.

Given that the Swiss Government is finalising its negotiations with the United States, which will afford American authorities information access heretofore not available under Swiss bank secrecy laws, you can expect US pressure upon Liechtenstein to be persistent and insistent.

Apparently a half dozen Liechtensteiner financial advisory firms are in the American cross-hairs, though they have not been specifically identified. One must assume that they include the largest, and most prominent financial service companies in the Principality. 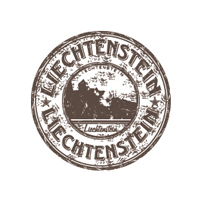 If previous American pressure has not sufficiently frightened American with unreported accounts in Liechtenstein, rest assured that this new action will drive them, en masse, out of what many consider the last of the European offshore financial centres with ironclad secrecy policies.

Compliance officers should therefore be alert to new customers seeking to open accounts:

(1) Where the account is held by a corporation formed in one of the traditional offshore financial centres of the world; and
(2) Where beneficial ownership  of the corporation cannot be determined, by reference to the company's records, because either a trust, or a foundation, is in title, and said entity was formed in Liechtenstein. 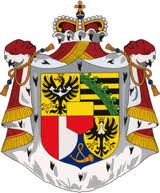 Will you see any Liechtenstein "flight capital" being moved by nervous Americans ? Perhaps not, but keep a sharp eye peeled for the above indicators, please, lest you suffer for it later, when law enforcement comes calling.