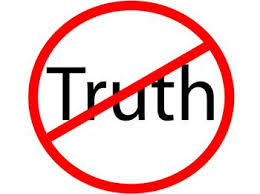 Compliance officers performing due diligence investigations know to discount the accuracy of media from Middle Eastern countries that are not democracies, but sometimes, even in those with democratic traditions, someone seeks to hide the truth. This week, after the Lebanese Army was joined by fighters from Hezbollah, in attacking the forces of a radical Sunni religious leader in Sidon, who opposes the Syrian Assad regime, army spokesmen delivered a blunt, public warning to Lebanese media.

The army threatened that, if any local media showed that Hezbollah troops participated in combat operations, against the Sunni group in Sidon, they would file what were described as judicial charges, against those news outlets that did. In truth and in fact, the army, supposedly a neutral entity, was seeking to suppress information harmful to Hezbollah. Direct domestic, military, involvement of Hezbollah may reflect negatively upon the stability of Lebanon, and therefore, its Country Risk.

While I am a regular reader of the Beirut newspaper, The Daily Star, when government actors in Lebanon seek to suppress truth in media, I must now consider that, in looking at any open sources of information originating in Lebanon in the future.
Posted by Kenneth Rijock at Saturday, June 29, 2013