It appears that the use of so-called reputation management firms, to hide negative information from compliance officers, is not limited to individuals looking to open bank accounts. A major money transmitter/money service business in embattled Somalia reportedly used the services to conceal the fact that individuals now imprisoned by the United States at Guantanamó Bay, Cuba were clients.

The MSB, who announced a few months ago that it had entered into a major agreement, with an American bank with offices in the Midwest, to assist in sending remittances to Somalia from the US, has been linked to the designated global terrorist group, Al-Shabaab. Allegedly, the MSB pays a large annual fee to the terrorist organisation, and some of its leaders have accounts there. I am at a total loss as to why a major US financial institution would knowingly partner up with an MSB known for terrorist connections, and why American regulatory agencies have not acted against the bank, and any others that work with that MSB.

The MSB, though not a licensed bank in Somalia, uses the term "bank" on its account statements; one was published on the Internet, by a whistle blower exposing the fact, in connection with the Al-Shabaab connection. This is a misrepresentation of a material fact, and further reinforces my opinion about the MSBs suitability, for any purpose, for transactions that involve US persons.

The use of a reputation rehabilitation company, by a prominent money service business, to conceal information that would affect compliance decisions, by financial institutions considering a business relationship, or even a single transaction, is disturbing, because it indicates that the use of such services has spread to the financial and corporate world. Readers may want to review my recent article*, on my opinion that the Internet is no longer a valid information source for compliance enquiries, due to the activities of companies which seek to hide the truth about their clients, amidst the confusing fog of multiple Internet postings and websites. 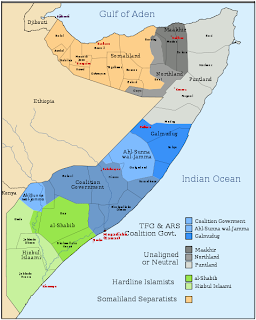