MEK CHANGES ITS NAME, REGISTERS AS LOBBYIST IN WASHINGTON 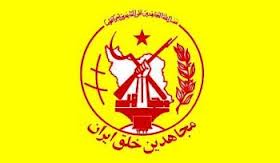 The Peoples' Mujahedin of Iran, also known as the MEK*, recently delisted as a terrorist organization by the US, has renamed itself the National Council of Resistance of Iran (NCRI), and has registered in Washington DC as a lobbyist. The NCRI, which is believed to be a front organization for the MEK, can now legally engage in fundraising in the United States. Since it is widely believed to be similar to a cult, treat this organization as high risk.