WILL OFAC STEP UP TO THE PLATE AND SANCTION MALTA'S BAD ACTORS ? 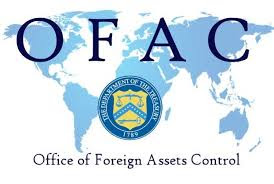 When money laundering and financial crime rages out of control in a particular jurisdiction, the most effective weapon in the American toolbox is surely that much-feared SDN designation issued by the Office of Foreign Assets Control, known to compliance officers as OFAC. Whe OFAC speaks, bankers around the globe listen, for they do not want to end up themselves with Civil Penalties that are not only costly, but are a black mark upon the reputation of any entity which is the subject of a published, and therefore very public, OFAC Notice.

To undestand the impact of an OFAC designation, all you have to do is look at the extreme lengths that sanctioned individuals and entites will go, both in court and through administrative efforts, to remove or soften that dreaded SDN designation, for it effectively bars them from accessing the American financial structure, and puts a bulls'-eye on their back, marking them as unacceptable high-risk to all whom they want to deal with.

Thus, should OFAC begin to designate the worst money laundering bad actors operating in the Republic of Malta, whether they be corrupt corporate service agents, Politically Exposed Persons (PEPs), Panama Papers subjects, or sundry other financial criminals, its sanctions will land hard on these important targets directly, and have a major impact, not only on them, but all others who have heretofore worked for them with impunity. To clean up Malta's financial illness, you need a doctor with powerful medicine. Designating a number of Malta's worst offenders, whose corruption and money laundering seems to know no bounds, will deal them a legal knock out blow.
Posted by Kenneth Rijock at Friday, July 17, 2020