SIX MONTH SENTENCE FOR MONEY LAUNDERING IS NO DETERRENT 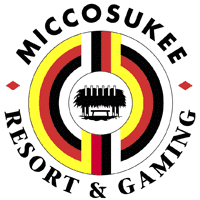 A six month sentence of imprisonment, meted out to the girlfriend of a casino video technician at a Native American casino in Florida, who laundered $654,000 out of a total theft of $5.3m is clearly insufficient, especially given that the primary defendant, who was her live-in boyfriend, got 51 months. ANISLEYDI VERGEL HERMIDA, of Miami Beach, who pled guilty to Conspiracy to Commit Money Laundering, definitely did not receive a sentence commensurate with the seriousness of her crimes, even if she fully cooperated with the authorities after her arrest.

This defendant may have been given a short sentence due to minor children in the home, but the two defendants who were parents could have served their sentences during different periods, insuring that child care was not affected.

When businessmen, who might be in a position to launder money for others, for lucratie fees, see a short sentence like the one given to Hermida, they are simply not deterred for  following in her footsteps. Until and unless the courts give out sentences closer to the 20-year maximum provided for by law, to frighten off those who might otherwise be tempted, we will continue to see more money laundering cases each year.
Posted by Kenneth Rijock at Tuesday, July 21, 2020