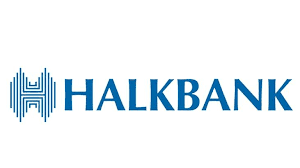 The Turkish government-owned HALKBANK, as  part of what appears to be a continuing effort to delay the case against it, has moved to recuse the assigned trial judge, alleging that he cannot be impartial.Bank counsel has asserted that "Recusal is required because the assigned judge's continued participation in this case would create the appearance of partiality."

As grounds, the bank claims that during the judge's participation in a legal symposium in istanbul in 2014, he "took sides on factual issues that are core to this case" and that he  made negative comments about Halkbank's defense at the Atilla trial. The conference was called "Justice and the Rule of Law." Turkish courts have been accused of imposing rulings contrary to the rule of law, and based upon political influence, in recent years.

The defense alleges that the judge has asumed Halkbank's guilt, and that he cannot be impartial. Whether these claims, which do not appear to be accurate, will result in the Court entering a recusal order, remain to be seen. Federal judges generally recuse themselves over matters where there is only the appearance of impartiality, without a clear factual basis, but the Court could reject the argument and remain on the case.

Given that Halkbank has significantly delayed the proceedings for several months over issues that some legal observers deem make purely for the purposes of delay, the question arises as to whether this motion was made for the same reason. We note that the bank has made serious efforts to achieve a political resolution, through Turkey's president, rather than agree to have the case heard on the merits.
Posted by Kenneth Rijock at Wednesday, July 15, 2020