ALI SADR ASSISTS THE US IN SIGNIFICANT MATTERS 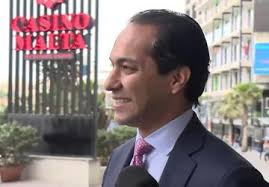 Recent communications between the US Attorney's Office in New York and counsel for Ali Sadr Hasheminejad may have given us clues as to the category of case that he has been assisting SDNY with, to warrant the AUSA agreement in ultimately dismissing all charges against him. Apparently, there was correspondence from counsel when the US Attorney website noted the dismissal, but failed to remove the article discussing the verdict. Counsel was concerned that Immigration might still deport him, based upon the original article published about the conclusion of the trial.

The objection was noted, and the "offending" article removed from the website. What is interesting to note is that the two prosecutors who interacted on behalf of the US Attorney at that time happen to be the Co-Chiefs of the office's International Narcotics and Terrorism Unit. Those individuals also were the co-signers of the last letter to the Court, which confirmed the US Attorney's agreement with the method of dismissal advocated by defense counsel. They promised, on the record, to "not seek or cooperate with any immigration removal proceedings against Sadr."

One of the signers is the Associate US Attorney for the Southern District, the number three position, in terms of rank, in that office, which one might expect, but the fact that he is also the Co-Chief for International Narcotics and Terrorism could mean that it was one or both of those subjects that Ali Sadr was assisting US law enforcement with. Remember, neither of those two individuals had previously appeared in the case, prior to the trial, but now they seem to have taken command.

A final note: court observers have openly wondered whether Daphne Caruana Galizia, the Maltese investigative jurnalist and blogger assassinated in Malta, had made a major discovery, and that she was killed to keep her from exposing the information she had uncovered. Was it terrorist financing, providing material support to Hamas or Hezbollah that was the reason for her violent death by a car bomb ? These terrorist organizations have popular support in Malta among the Palestinian Expat community there. And has Ali Sadr now supplied the evidence that Daphne's investigation exposed ? Stay tuned. 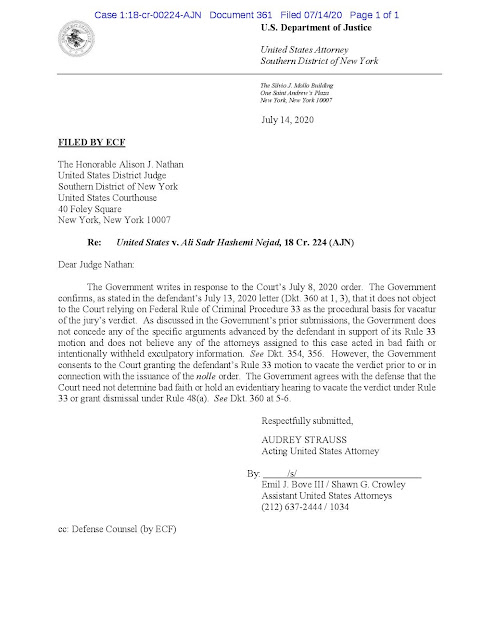