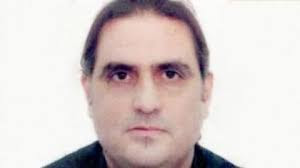 Major media outlets in Cape Verde have reported that Venezuelan interests speaking for President Nicolas Maduro have offered a $10m reward to any party who can recover the imprisoned Colombian money launderer, ALEX NAIN SAAB MORAN, now wanted in both the US AND COLOMBIA, dead or alive. Apparently there are well-founded fears that there will be attempts to conduct a rescue of Saab before he can be extradited to the United States.

According to reports, Saab who has been moved to a more secure prison on the Island of Sal, is a target of armed mercenary groups, one of which has arrived in Guinea-Bisau, bringing weapons. Security and surveillance have been increased where Saab is confined.

One report states that the Cape Verde government has agreed to extradite Saab to the United States.
Posted by Kenneth Rijock at Sunday, July 05, 2020