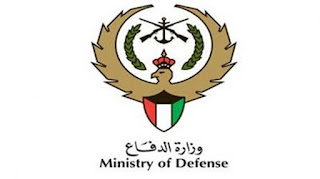 If you thought that the Government of Kuwait has a handle on suppressing corruption, think again. Seven Federal forfeiture cases filed in California have exposed the fact that former high-level officials in Kuwait's Ministry of Defense embezzled $104m public funds intended for military purposes,passed them from the National Bank of Kuwait into unauthorized bank accounts in London. The funds were falsely described as military expenditures. However, the funds were transferred to several California entities that had no business or contractual relationship wth the Ministry of Defense, which were controlled by  a Los Angeles man with  multiple convictions for fraud.

Apparently the corrupt PEPs were themselves defrauded by the recipient of the stolen millions, who used them to splurge on three homes, a penthouse apartment, a business jet, a yacht, a Lamborghini and something called "The Mountain," a property in Beverly Hills. The fraudster also bought $40,000 of boxing memorabilia. The entire case would be comical if it did not involve defense funds doverted by corrupt government officials for personal gain. They have been named in a number of major media articles; all are very senior in rank.

Now the US Government is seeking to seize and forfeit the properties and money as it is the proceeds of crime.
Posted by Kenneth Rijock at Saturday, July 18, 2020