John McEnany, the Associate United States Attorney for the Southern District of New York has responded to the reply filed by the defense team of Ali Sadr Hasheminejad, regarding the Bad Faith and Deliberate Misrepresentations issues they originlly raised. He goes on record to state that the disclosure problems admitted by the prosecution were due to Bad Faith, nor did the prosecutors make Deliberate Misrepresentations to the Court.

If you have been following the post-verdict Discovery controversy, and wish to know the specific violations, and the Government's explanations, please read the leter below.

Unfortunately, nobody is discussing the other issue: whether these disclosure violations were intentional, in order to have the case dismissed, due to Ali Sadr's steller assistance, which is reportedly being rendered to the Government, so that it may now charge many other individuals. 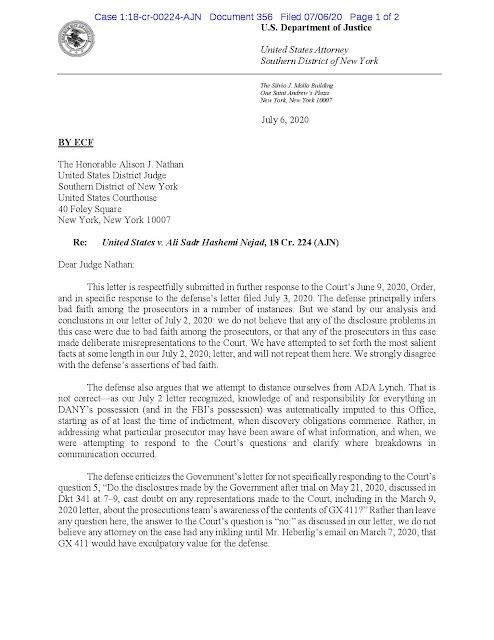 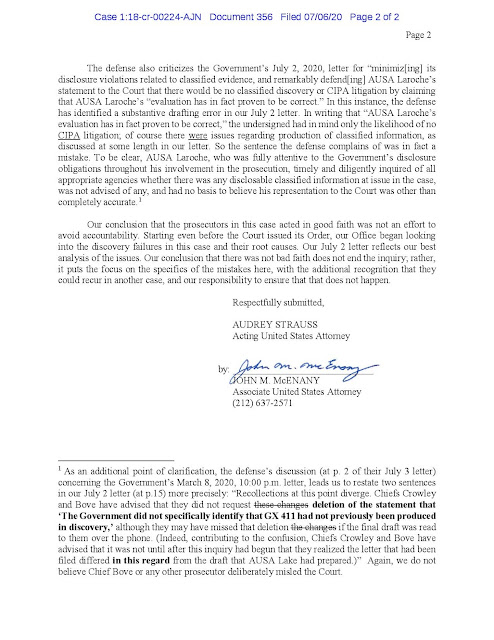