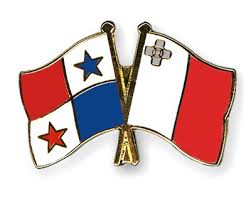 The Daphne murder public inquiry hearing notes say it all this week: apparently nobody wants to admit that the acquisition of a Panama shell corporation, by any Maltese government official, who is a Politically Exposed Person (PEP), is, by definition, either an attempt to evade taxes, or conceal bribes or kickbacks from public scrutiny, or both.

A shell company does no legitimate business; it merely exists to passively hold assets of the individual who owns the corporation. Unless there actually is a company operating some sort of business, it is therefore a shell company. Panama is known for the "Don't ask don't tell" willfull ignorance of its government over the uses of its shell companies by tax evaders, drug traffickers and corrupt PEPs. It is a lucrative business, limited by law to lawyers, that are the only ones who are authorized to engage in corporate formation.

Of course, you cannot tell if anyone in Malta has a clue about the true, and generally, sole, purpose of a Panama corporation. Here are some quotes from this week's proceedings. Judge for yourself if we are looking at a pandemic of willfull ignorance of the law by Malta's best and brightest:

"I also want to say that not every Panama structure is illegal."

"They have the Panama structures, which are not illegal in their own right."

Who are they kidding ? Unless you have an actual brick-and-mortar working business, with staff conducting some sort of business operation, the possession of a "virtual" Panama corporation, without any real company, is presumed by most law enforcement agencies to be evidence of some sort of crime. Face the truth, Malta, before you become the next Panama.

Meanwhile, as Malta delays taking any real action to reform, ahead of the next MONEYVAL meeting, we are seeing the first indications that things are already deteriorating;

(1) Maltese business travelers to the EU are returning and telling friends and associates that they are having problems doing business, strictly because they are identified as from Malta.

(2) A Swiss organization, The Basel Institute Anti-money Laundering Index, has now rated Malta as the highest-risk within the EU for money laundering and terrorist financing.

As Malta falls further down the rabbit hole, how will it climb out ?