ALL RESTRICTIONS LIFTED FOR ALI SADR, PENDING THE COURT'S DISMISSAL OF ALL CHARGES

The trial judge in the Ali Sadr sanctions evasion case, while awaiting memoranda of law from both the Government and the defense, on dismissal procedure and  Discovery/Bad Faith, has granted the request of defense counsel, and released the defendant from all his obligations.

To summarize the Court's ruling:

(1) Ali Sadr is released on his own recognizance. He has no pretrial restrictions.
(2) His Home Detention (house arrest), electronic monitoring and travel restrictions are removed.
(3)  His bonds are exonerated.
(4)  The return of third-party obligations and the return of third-party co-signers' bail deposits.
(5)  The return the defendant's bail deposit, passports, personal identification documents, and any other property in the possession of the Court, Pretrial Services and Probation.

Whether this will further convince many observers, especially those watching the case from Malta, that Ali Sadr is, and long has been, a cooperating individual, we cannot say, but it will certainly increase anxiety in certain quarters.

While there is obviously a strong case to be made that Ali Sadr should be charged with money laundering, among other crimes, in Malta, under local law, there appears to be no appetite in government to even consider such charges; some may believe it has to do with reputed corrupt activity. Whether it was bribes or kickbacks, or some other form of illegal compensation paid by Ali Sadr to get that coveted license, or some other illicit benefit, no wonder nobody really wants to pursue him in criminal court. Just one more white-collar criminal who has successfully plied his dark trade in Malta.

Whether he shows up as a witness at the criminal trials of Malta's elite in 2021 we cannot say. 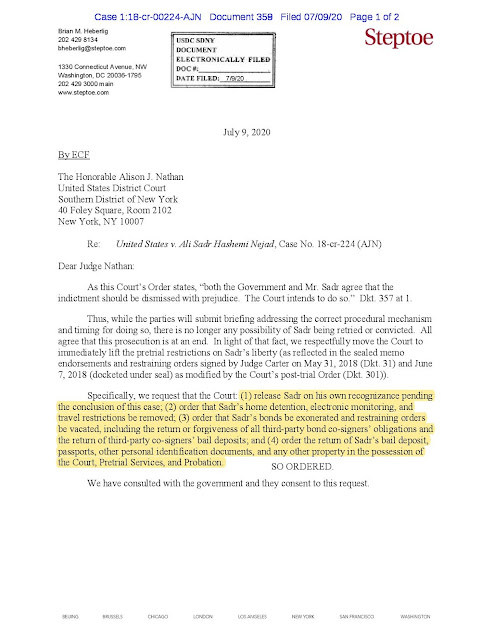 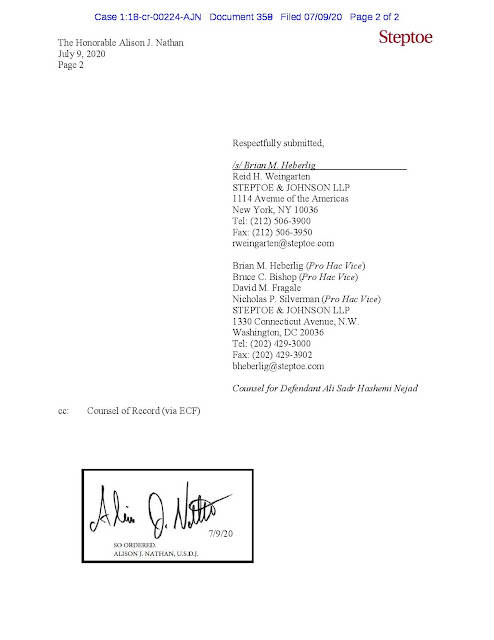