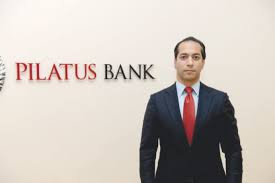 With the curious acquiescence of the US Attorney's Office, the trial judge in the Ali Sadr case has granted the defendant's Motion for a New Trial, and thereafter dismissed the case with prejudice. Given that the Court has not yet determined whether there were fatal Discovery violations under Brady, or whether there was actually prosecutorial miscondict tainting the case, we cannot determine if the result was truly the direct and proximate result of prosecutor's errors, whether intentional or negligent, or whether there is another agenda, not public, regarding Sadr's coperation, which is the primary reason all charges were dismissed, even after a jury verdict established his guilt, to the exclusion of a reasonable doubt.

Other issues remain below the waterline, and cannot be examined in the absence of clear and convincing evidence:

(1) Did the prominent Iranian-Turkish sanctions evader REZA ZARRAB, implicate Sadr, and is that the reason Zarrab's case was abruptly terminated, and he was inexplicably released from custody ?   Is Zarrab cooperating, not with US law enforcement, but our intelligence services ?

(2) Who or what has Ali Sadr cooperated against, and was that sufficient to make his case go away, under the pretence of prosecutorial negligence ? Are the targets Iranian sanctions evaders, Malta's money laundering operation for Venezuela, or some other individuals ?

(3) Will the trial judge in this case proceed with the prosecutorial misconduct issue, and is there a culture of failure to disclose required Discovery in the US Attorney's office ?

So many important unresolved issues; we trust some answers will be forthcoming. Here is the Order: 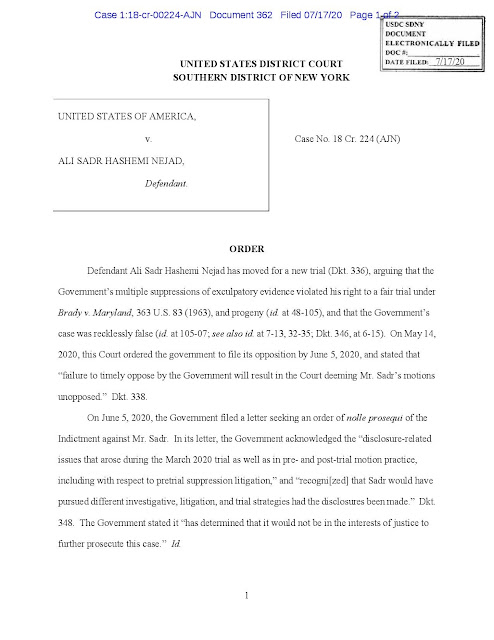 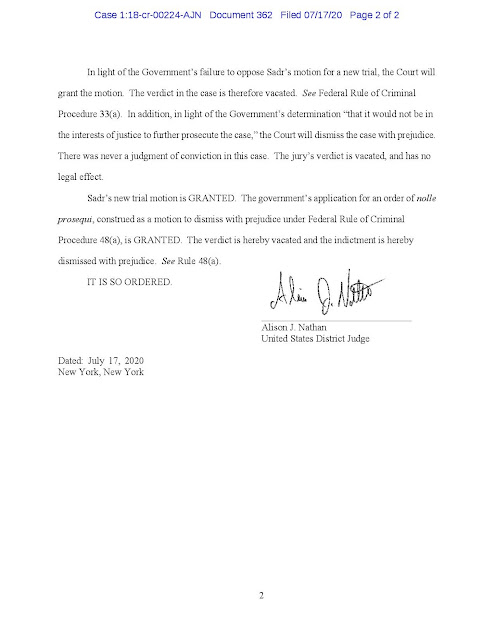