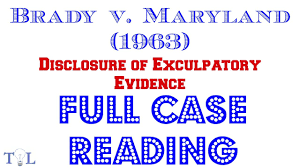 An Amicus Curae filing in the Ali Sadr Hashimenejad Iran sanctions case, filed by an attorney at the Criminal Justice Clinic at Howard University School of Law, has zeroed in on what the staff attorneys in that case called "burying" Brady material, and engages in finger pointing regarding what is alleged to be an office culture mandating convictions at the expense of the proper disclosure of exculpatory evidence, and which deems such misconduct to be acceptable.

The author focuses on possible prosecutorial misconduct, and asserts that dismissal of the charges against the defendant is an insufficient remedy; he demands accountability and consequences for those who were involved, for what are said to be repeated violations.

The issue of whether the defendant's cooperation reached the exalted level where the prosecutors actually facilitated the dismissal of a very guilty defendant still remains without an answer. The Amicus letter will not, unfortunately, resolve that question.

Read the letter below: 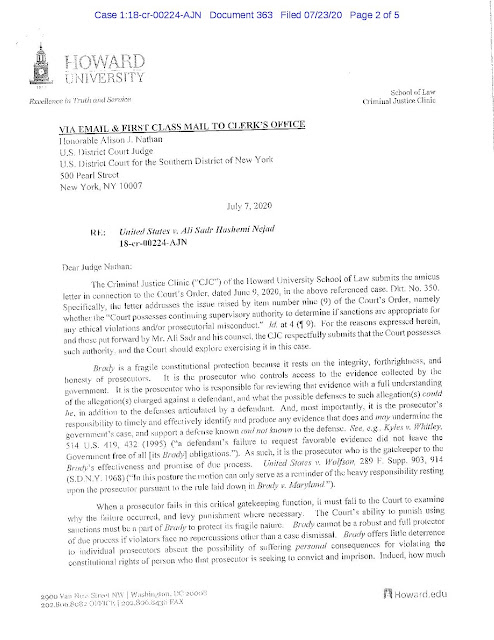 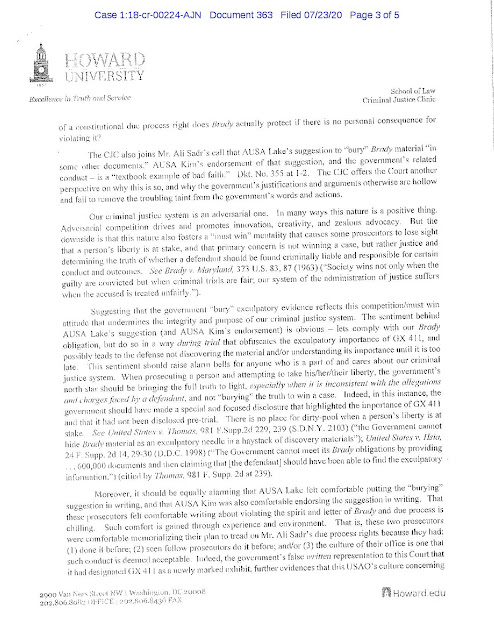 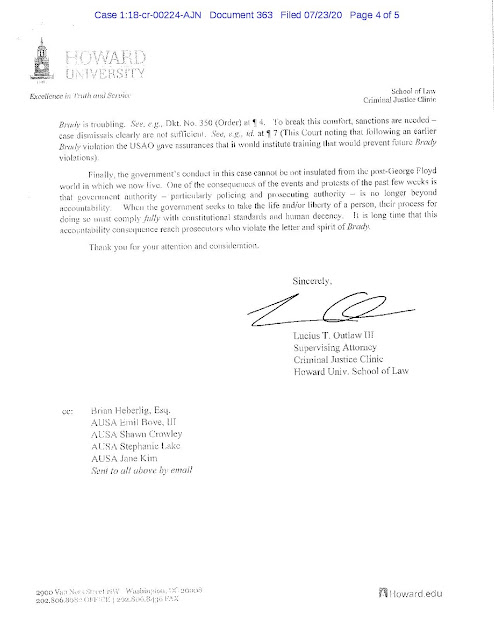