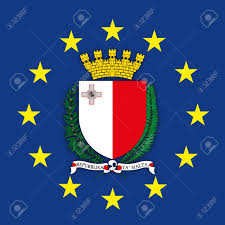 Lest you think that those Maltese businessmen and government officials who have been implicated in one or more money laundering operations, whether that be at Pilatus Bank, Satabank, Portmann  Capital, or another criminal organization, are feeling invincible in "Don't ask-Don't tell" Malta, think again, for they are feeling the long arm of the American justice system reaching out for them, and they are scared.

Why are these white-collar career criminals who pose as legitimate businessmen, bankers and public sector office holders uncomfortable about their futures ? Any one of those individuals having even a superficial understanding of the workings of the Federal Court system knows that, when you see a number of sealed pleadings in a major criminal case, such as United States vs. Ali Sadr Hasheminejad , and you know that the primary defendant is most likely cooperating with US law enforcement, and that more indictment are looming. In fact, some of them may already have resulted from Grand Jury action, and are only sealed because the Malta defendants are outside the jurisdiction of the Unied States.

Add to this the general belief in Malta that Ali Sadr was not really the victim of  overzealous American prosecutors who made massive Discovery errors, but was cooperating early on in his case, and the so-called disclosure failures were intentional, to cover up the fact that Ali Sadr, though his lawyers fought a tough battle, was in truth and in fact a Cooperating Individual, and you have a perfect storm of fear and loathing on their minds.

Some Maltese, seeing that Ali Sadr, an Iranian national, was not subject to Pretrial Confinement, and traveled freely while his case was pending, suspect this favorable treatment of a known sanctions evader was due to the strength of his assistance. We note that he was not taken into custody at the conclusion of his jury trial, but sent to Home Confinement. Given the potential length of his sentence, we admit that it does not make sense; he should have commenced his incarceration at that time, but he didn't. Ask yourself why.


Whle we can only see a few obvious glimpses of conduct that tends to prove this theory, we believe that they are clear and convincing:

(1) There are reports that the players in this drama have ceased to visit the United Kingdom. For those of you who are not familiar with the politics of extradition, be advised that the UK generally cooperates with the United States, involving criminals wanted in America. This means that if a Maltese citizen wanted in the US happens to enter the UK, he or she most likely will be taken into custody upon arrival, and end up in front of a United States Magistrate Judge in New York, Washington DC, or Miami. That's why the pleasure trips to London have, for the most part, stopped.  Some Maltese have cancelled all their trips abroad, fearing that they may, inadvertantly, be caught in the American web of extradition treaties.

(2) We know of at least one prominent Maltese national who moved his daughter out of the United States last year, and permanently relocated her to Germany, lest she be arrested and charged as part of a money laundering conspiracy, and used as leverage against her parent, so that he surrenders hinself. How many other relatives have been called back from the US we cannot say, but suspect that university students and siblings supported by some of the dark money also were relocated.

Are there sealed indictments of Malta's laundrymen and their clients ? We cannot say, but sooner or later we should find out, when one shows up in chains in the United States, and things start to get ugly for Malta's bad actors. Until then, expect sleepless nights for Malta's financial criminals.