WILL FINCEN ISSUE AN ADVISORY ON MALTA'S RAMPANT MONEY LAUNDERING ? 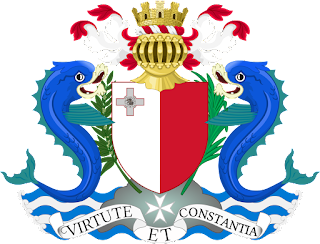 Back when I served as World-Check's Financial Crime Consultant, I found that senior government leaders in the Republic of Malta contacted senior management to complain about me every time I published an article about money laundering that occurred in their country. Maltese officials pushed back when those stories appeared. At the same time, I noticed that money laundering prosecutions there were few and far in between.

Malta is now at a crossraods; whether it finally institutes meaningful AML/CFT enforcement, or further deteriorates into true banana republic status is up to its people, but unless major presure is brought to bear, it is feared that it will continue to be a nation where rampant money laundering is considered business as usual, where senior government officials never get charged, and where it is well known that there is a culture of corruption that poses a danger for any international bank that consents to transact business with Maltese financial institutions. You only need to cite the two most recent money laundering offenders, PILATUS BANK and SATABANK to get your point across, and add in PORTMANN CAPITAL for good measure. In Malta, money laundering = good business is an unofficial national motto.

Under the circumstances, it is believed that the Financial Crime Enforcement Network (FinCEN) must now issue an Advisory, so that compliance officers at American banks and non-bank financial institutions are aware of the clear and present danger of money laundering through Malta's financial structure. Additionally, due to the country's close relationship wth its Palestinian expats, and open sympathy towards what are designated terrorist organizations, there are serious concerns about terrorist financing.

If FinCEN does not take a leadership role now, we should expect to see additional instances of dirty or sanctioned Iranian,Venezuelan, Russian, or organized crime, money transiting American banks, courtesy of Maltese bankers/money launderers working for their masters and clients. I do not ever want to read about the next Portmann Capital case in the Miami and Maltese press.
Posted by Kenneth Rijock at Thursday, July 02, 2020