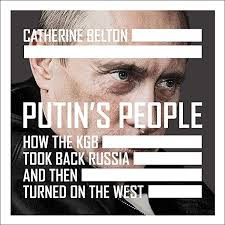 Let me draw your attention to Catherine Belton's book, Putin's People: How the KGB took Back Russia and then Took on the West, at page 417:

" The crusading journalist Daphne Caruana Galizia, renowned for her investigations into corruption in her native Malta, had warned of the possible consequences when she spoke to a Member of Parliament shortly before she was killed in a bomb attack in 2017. 'She came to see me in my office," said the MP, 'and told her Russian and Azeri money had bought the whole of [the Maltese government] and they were sending it all to London. She told me, 'There's a wall of cash heading to London...."

Remember the £17m London mansion that Caruana asserted that Brian Tonna had purchased through Willerby Trace Inc., using Pilatus' London shell bank as the vehicle funnel the money into the UK ? How many other mansions, office buildings, and busineses have been purchased through this anonymous London Pilatus branch bank ? Ali Sadr Hasheminejad publicly said that Pilatus was "flying the flag for Malta in London." Perhaps he meant the flag of the Islamic Republic of Iran. The money though, came from Iran and Russia, with a contribution from corrupt PEPs in such places as Azerbaijan.

Visitors to the bank's address, 4 Old Park Lane, in London's fashionable Mayfair district, cannot find any signs or notices indicating that a bank actually operates here. I know that from my personal experience, having walked down that street many times. It's not an office building.

The building manager in the lobby refuses to let visitors upstairs, to the bank's alleged offices, claiming that there's nobody there, and he does not know when they will return. He also will not identify any of the bank staff or officers by name, or telephone number. It is clearly a convenience address, where dozen of other shell or shelf companies exist virtually. Can you say brass-plate bank, anyone ? 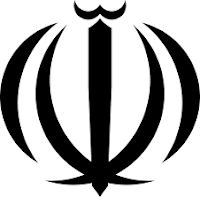 Just as Canada has become an investment destination for Iranian "flight capital," the United Kingdom has also become a home for Iranian money, and obviously Pilatus Bank was one of the principal facilitators. Whether the funds were transferred by Ali Sadr, Hamidreza, or Armin, Iranian cash flowed into Pilatus' Malta headqurters, and in a milisecond, was credited to the bank's London branch, thereafter to be integrated into London's pricey real estate, its dark origins completely obscured through the proper application of the principles of money laundering. And still nobody in Malta has been charged with a crime.