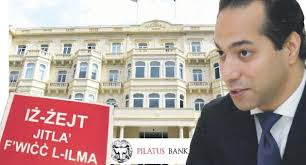 Counsel for convicted Iran sanctions evader Ali Sadr Hasheminejad, in their letter response to the Govrnment's answers to the Court's questions about discovery errors and possible Brady violations, boldly accused the US Attorney's Office Criminal Discovery and Professional Responsibility Officer of taking positions "to minimize, deflect, and deny, avoiding any acknowledgement or acceotance of responsibility for the government's obvious, repeated failures and its notable lack of candor."They again request an order granting a new trial, vacating the verdict, and a dismissal of the case, with prejudice, meaning that it cannot be refiled against Ali Sadr.

(1)  An intentional effort to conceal a known Rule 16 Discovery, or even Brady, violation.
(2)  Attempts to slide disclosure violations past the defense.
(3)  A "Textbook example" of Bad Faith.
(4)  Making statements that the prosecution knows to be untrue.
(5)   Denying that the prosecutors believed that certain discovery had any exculpatory value.
(6)   Knowledge that certain statement had not been disclosed to the defense.
(7)   Failure to disclose Brady material. Active suppression of material exculpatory evidence.
(8)   Misrepresentations about search warants for emails.

We await the Court's take on both the Government's representations, and the defense response. Most likely, the Court will grant the defense requests, and dismiss the case; whether there will be sanctions visited upon those in the US Attorney's Office who were reponsible for the disclosure violations and their supervistors. It remains an open question. The Court has previously been critical of the US Attorney's Office's Discovery failures, which resulted in additional in-house training. Will there now be more remedial action ordered, or something more punitive ?
Posted by Kenneth Rijock at Sunday, July 05, 2020