GOVERNMENT ASSERTS HALKBANK'S MOTION TO RECUSE IS WITHOUT ANY LEGAL MERIT 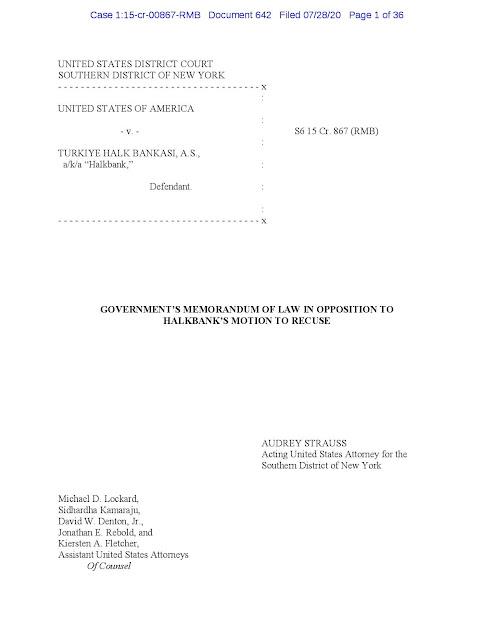 The US Attorney has filed its Government's Memorandum of Law in Opposition to Halkbank's Motion to Recuse,  which seeks to change the judge assigned to the case, on the grounds that he cannot be fair and impartial. The Government-owned defendant bank has been charged with Money Laundering, Violation of the IEEPA, Bank Fraud and Conspiracy, for its participation in Iran sanctions evasion, to the tune of billions of dollars. Trade-based money laundering, falsified documents, front companies, payment intermediaries, and accounts in the UAE and elsewhere in Turkey were employed in the massive scheme.

The Government's 36-page memorandum of law details how Recusal is not supported by either the Court's comments, rulings, participation in a 2014 Turkish symposium, nor statement made during pre-arraignment proceedings. It states that the true purpose of the Defendant bank's motion "is not about curing the appearance of impropriety, but rather the Bank's 'seeking to avoid the adverse consequences of the Court's presiding over the bank's case." (Memorandum at 7). Co-defendant Reza Zarrab pleaded guilty, and bank General Manager Mehmet Atilla was convicted by a jury.

A fair reading of the memorandum shows that grounds for Recusal do not appear to exist. We await the Court's ruling. 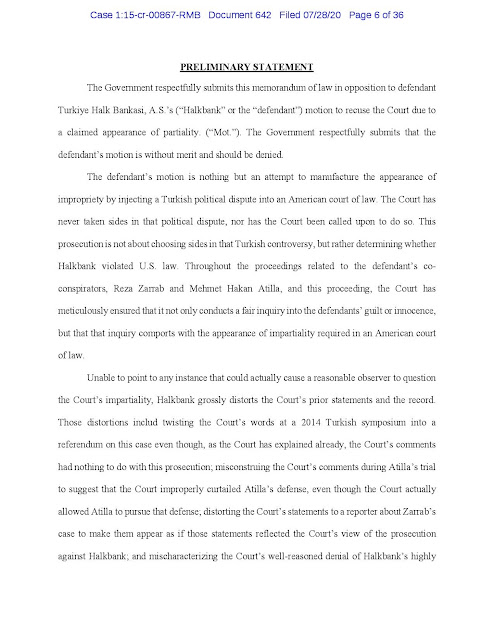 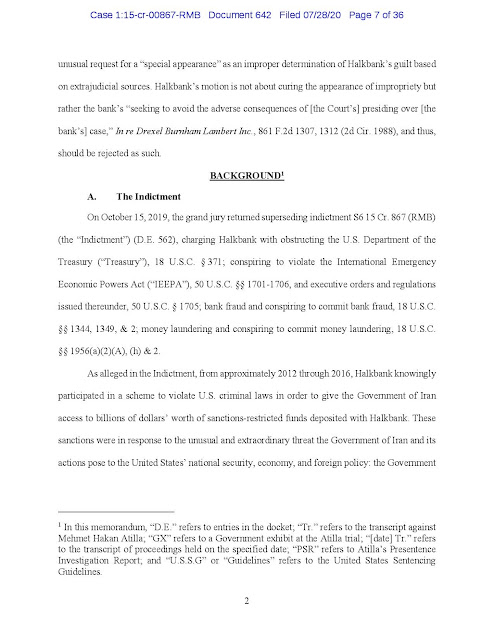