Watching the Ali Sadr case finally play out in United States District Court in New York, we are asking ourselves whether any of the Iranian oil-for-gold sanctions evasion profits were laundered through Malta's Pilatus Bank. Let's look at the evidence :

(1) We know that the Iranian national MEHDI SHAMS, who formed SIRIUS TRADE FINANCE LTD., (whose name was later changed to PILATUS CAPITAL LIMITED, and turned over to Ali Sadr )was a partner of BABAK ZANJANI. Both Shams and Zanjani were convicted of "Corruption on Earth" and sentenced to death in Iran. The Oil-for-Gold sanctions evasion group, of which both defendants were players, stands accused of stealing the equivalent of €2.7bn ($3bn) in illicit profits.

(2) Shams and Zanjani had a number of other partners, some of which have been identified through court proceeedings. Partner ALI REZA MONFARED, who parked the Iranian oil off the coast of Malaysia, before selling it, used the offshore financial center in LABUAN to conduct the transactions. Monfared, who held a diplomatic passport from Dominica, was sentenced to twenty years by an Iranian court last year.

(3) Another partner was REZA ZARRAB, who used gold he acquired in Turkey to facilitate the sanctions evasion scheme. Indicted in US District Court in Manhatten, Zarrab later was released under circumstances that led themselves to the conclusion that he is cooperating with the authorities in a number of pending criminal investigations. Zarrab holds several passports, including Iran, Turkey, Azerbaijan and Montenegro, according to reports.

(4) Now, follow us on this: Zarrab may have secured his release, and favorable arangement, by testifying against, and supplying evidence implicating, ALI SADR HASHEMINEJAD, the CEO and owner of Pilatus Bank. Sadr was indicted after Zarrab began cooperating. Sadr holds two St Kitts CBI Passports, in different names.The bank's president has a Dominica CBI passport.


(5) To secure a favorable outcome, Ali Sadr's cooperation most likely included details of Shams' use of Pilatus Bank to launder the group's sales of Iranian oil in Asia.  (Ali Sadr may have also implicated, through Grand Jury testimony, a number of senior Maltese PEPs, as well as corporate service agents operating in Malta; we will cover that in detail in a subsequent article) It would follow that Ali Sadr, indebted to Shams for his assistance in setting up Pilatus and/or providing at least some initial organizational financing, would readily agree to move illicit profits through his new bank. We would certainly like to see the wire transfer records.

There is a good chance that audits of Pilatus records will show wire transfers to banks that front for the Islamic Republic of Iran, from Asian financial centers. Also, some of the Iranian oil was shipped to Latin America,  a subject that thus far has not received any attention in global media. 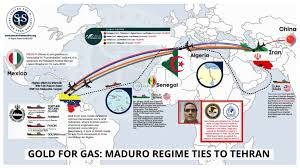 Is the reason why Maltese law enforcement and regulatory agencies and have chosen not to charge anty of the officials at Pilatus with financial crimes, that such cases will expose the sirdid fact that Pilatus Bank laundered illegal Iranian oil profits in the multi-million dollar range ?
Posted by Kenneth Rijock at Thursday, July 16, 2020