The European Central Bank (ECB) has today withdrawn the banking license of SATABANK PLC, effective June 30, 2020, according to a public announcement made by the Malta Financial Services Authority. This action took place based upon a MFSA recommendation. The bank remains under the jurisdiction of Ernest & Young, as the designated Competent Person, after a joint MFSA-FIAU  investigation determined that there were serious anti-money laundering deficiencies, for which the bank was fined €3m in July, 2019 by the FIAU.

Legal observers have noted that there have not been any criminal charges filed against bank officers, employees and directors, notwithstanding a finding that there were €130m in suspicious transactions at the bank. While the identity of one owner, a Bulgarian national, is known, there are allegedly other owners who were never identified or vetted before a banking license was issued, leading to suspicions that illegal compensation (bribes) was received by government officials in Malta, to insure that a license would be approved. 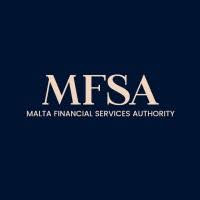 The total lack of any real investigation, by Maltese law enforcement, of the money laundering issues at Satabank, in light of the losses suffered by Maltese nationals, has been noted by the European Central Bank, and which will certainly be a topic over at MONEYVAL, which will issue its next report in October. Unless major criminal indictments are brought, in both the SATABANK and PILATUS BANK cases by then, one should fully expect that a Grey List designation for Malta will occur shortly thereafter. What that will do to Malta's status as an offshore financial center is not known, but it could result in financial advisers terminating their use of Malta for tax haven purposes.