TO SURVIVE MONEYVAL IN OCTOBER, MALTA MUST CLEAN UP ITS SHELL COMPANIES FORTHWITH 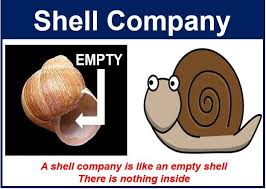 One of the primary money laundering problems that the Republic of Malta must immediately address is its lucrative shell company formation situation. Shell companies, also known as letterbox companies, because they only exist virtually, and whose only physical location is an obscure and anonymous post office box, are one of the reasons that the European Union, and regulatory agencies such as MONEYVAL, are engaging in serious finger-pointing at Malta this year.

Unless there is a major reform initiated, regarding the creation and use of shell companies in Malta, Grey Listing is most likely going to occur in October. No additional delays will be granted, and the curse of blacklisting will come down hard and fast. Legitimate companies abroad will thereafter be advised by their attorneys and accountants that risk levels are now too high for them to give their blessing to locating in Malta.

More troubling is the probability that legitimate existing shell company owners will be advised to relocate to an offshore jurisdiction elsewhere, and will redomicile their corporations accordingly. This will deal a harsh blow to Malta's expanding corporate service sector, and it will cause a number of those firms to close. The economic consequences for Malta's business community could be severe.

That being said, let's move on to solutions:

1. The absentee nature of Maltese shell companies simply must come to an end. Corporations formed in Malta must be required to maintain an actual office (not simply a registered agent for service of process and mail) with a minimum number of resident staff. Briefly, the company must be in operation, not an inactive cosmetic front for tax evasion or some other criminal activity.

2. The company MUST actually be engaged in business operations within Malta itself, not merely holding financial assets in local bank accounts. If this drives away thr tax cheats, money launderers, corrupt PEPs, and terrorist financiers, so be it. You don't want them there in the first place.

3. Inasmuch as the corporate service providers are essentially an unlicensed and unregulated industry, require that only licensed attorneys be allowed to form corporations. You want the individual who forms a corporation to have a professional license to protect, so that he will follow the 'Know your Client' rules before providing services, and will not engage in Malta's "Don't ask-Don't tell" lawless policy about dodgy foreign clients.

4. Require existing shell companies to comply with these new regulations and statutes within a very short time, or they will be dissolved, and struck off the registry of companies. The legitimate ones with a true purpose will comply, and the laundrymen and tax evaders will flee in the middle of night. Remember when Ali Sadr was photographed exiting his bank after hours, with documents, after a problem surfced, which he then took to foreign jurisdictions located in Central Asia ? That's the sort of midnight flight you would see the moment shich legislation is passed.

5. Enforce the above regulations very openly and publicly, through the imposition of severe fines, and in appropriate cases, criminal prosecution of companies, their officers, and attorneys. Make sure the regulations have teeth, so that violators know that they risk public exposure and censure when named & shamed. Money launderers prefer to work in the dark; expose them in the sunlight, for their failure to comply with the new rules, and they will disappear.

Are these new proposals radical ? You bet they are, but nothing else will work in a jurisdiction where corruption at the lighest level is rampant, law enforcement is non-existent, and individuals who are part of the corrupt status quo cannot be trusted to impose effective solutions. Shell companies, as they exist today in Malta, must be promptly abolished. To do anything less will result in a future Malta that nobody wants to see.