WILL MALTA OBEY THE ORDER OF THE EUROPEAN PARLIAMENT AND SHUT DOWN ITS CONTROVERSIAL CBI PROGRAM ? 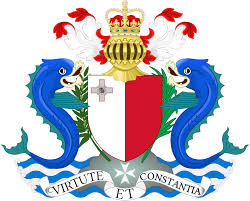 Last week, the European Parliament, in an action clearly directed at Malta, advised the Members of the EU that they need to close down their Citizenship by investment and Golden Visa programs, due to the risks of money laundering and financial crime.  Whether Malta, whose national image has taken a beating due to its dodgy CBI program, will obey is an open question.

Allegations of official corruption on the highest levels, the Panama Papers disclosures, the Pilatus Bank scandal, and the abuse of Malta's Schengen Zone access by North African nationals that use it as a springboard into the EU, with Malta's help, all have seriously damaged the country's standing with the EU. To start on a meaningful path to reform, Malta should dismantle its dangerous CBI program, and cancel all those high-risk passports issued to Russian, Iranian and Middle Eastern applicants, forthwith, lest the situation further deteriorates.
Posted by Kenneth Rijock at Thursday, April 04, 2019