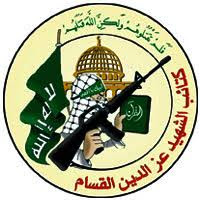 The estate of an American murdered in Israel by Hamas terrorists seeking to kidnap him has sued Iran, the IRGC, and several prominent Iranian banks in US District Court in Washington, for $60m plus $300m in punitive damages. Eitam Henkin and his wife were shot and killed on a major highway, in their family car, while their four young children watched from the back seat. The terrorists were convicted, and are now serving multiple life terms in prison; their residence was destroyed. The minor children are also plaintiffs in the suit.

The action, which was brought under the terrorism exception of the Foreign Sovereign Immunities Act, names Iran, the IRGC, The Iranian Ministry of Intelligence and Security, Bank Melli, Bank Saderat, the Syrian Arab Republic, and Iran's central bank, Bank Markazi Jomhouri Islamic Iran.

Researchers of terrorism and terrorist financing may want to review the Complaint, which is extensively footnoted with terrorism references, most of which are hyperlinks to relevant documents and articles. The style is The Estate of Eitam Henkin, et al vs. the Islamic Republic of Iran, et al Case No,: 19-cv-1184-RJL ( D.D.C.) See the pages below for all defendants. 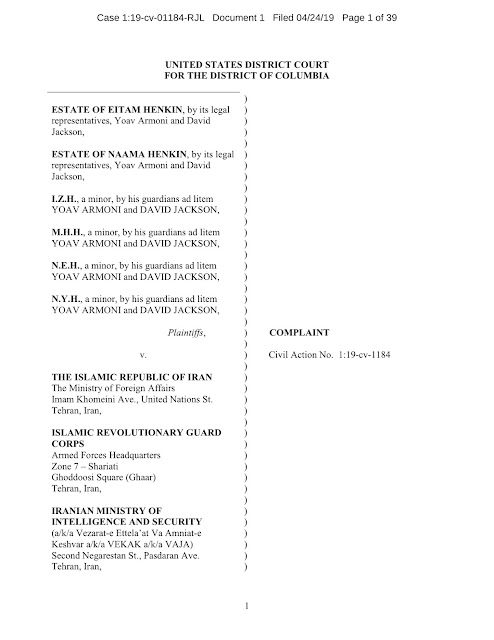 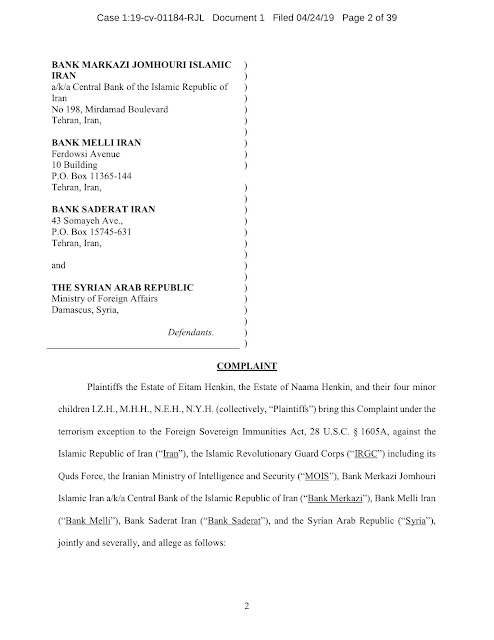